Mator is a very handsome little fellow. He can be a little bit shy at times but he is a very sweet, loving puppy and a cuddle bug. He has lots of puppy energy and loves to play with all of his puppy friends. Mator enjoys being groomed, which is a very good thing; it makes keeping his coat free of tangles and knots much easier and more pleasurable.

Being a potential service dog candidate, Mator’s daily routine is a little different from your average puppy. He goes to “work” each morning and spends the day learning new and important skills, taking breaks to play with friends and works in a meal or two. Mator is currently learning basic obedience, something that will be very important as he moves forward in his training as a hopeful service dog. He and his trainer recently started working on “sit” and “down”. “Sit” is going well, but “down” is a little more troublesome for Mator. His trainer is sure that he will catch on quickly and improve each day. 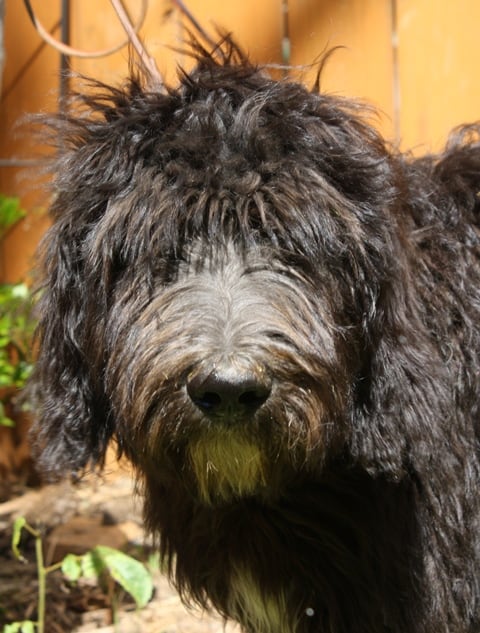 Soon, Mator will start going on more outings and exploring the outside world. As a potential service dog puppy candidate, socialization is important. Mator has to learn that new things are fun and exciting, not scary. Mator has to learn that meeting new people is great and lots of fun. He has to learn that elevators and escalators are not scary and that he can ride in/on them without fear. He has to learn that walking beside a cart in the grocery store can be great fun as well.  Other skills he must learn are walking beside a stroller, wheelchair or walker. Loud noises or objects flapping in the wind should not startle him or cause fear.  These are just a few of the things Mator will encounter during his training.  He will encounter other events that he will have to become comfortable with and learn to enjoy.

One thing that Mator is struggling with right now is his crate training. He isn’t so sure that he enjoys spending time in there yet, but with some work on his trainer’s part and some positive reinforcement for good behavior in his crate, he will soon love having his very own “den”. He will learn that his crate is a comfortable and quiet place just for him and that he can go there whenever he needs a timeout.

Mator’s trainer is hopeful about his future and will be helping and encouraging him every step of the way.

Check back for updates on Mator’s training. 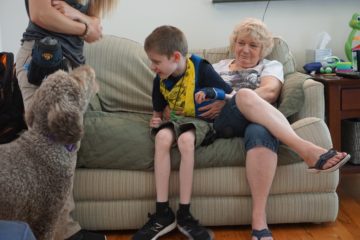 How Do Seizure Service Dogs Help Their Handlers?

Have you ever wondered how seizure alert and seizure response dogs are trained, and which tasks they can perform? This article explains it all. 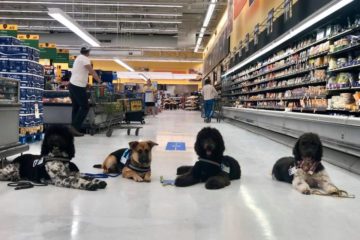 How long does it take to train a service dog?

There's a lot of work involved with training a reliable service dog. Learn about the important role of socialization as we discover how long it takes to train a service dog. 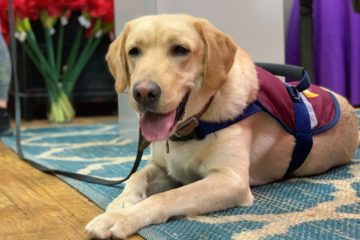 Types of Service Dogs: Which Tasks Can They Perform?

Have you ever wondered exactly what different types of service dogs can do? Read this article to discover the amazing array of tasks a service dog can perform.